The land inhabited by Pashtun pastoral people in northeastern Balochistan is owned by communities. Only the roadsides, railway lines and the state areas near the towns and cities belong to the state. There is no conserved area by the Government in the Pashtun lands of Balochistan. Every community and has his own area, which is comprised both of mountainous and plain lands. 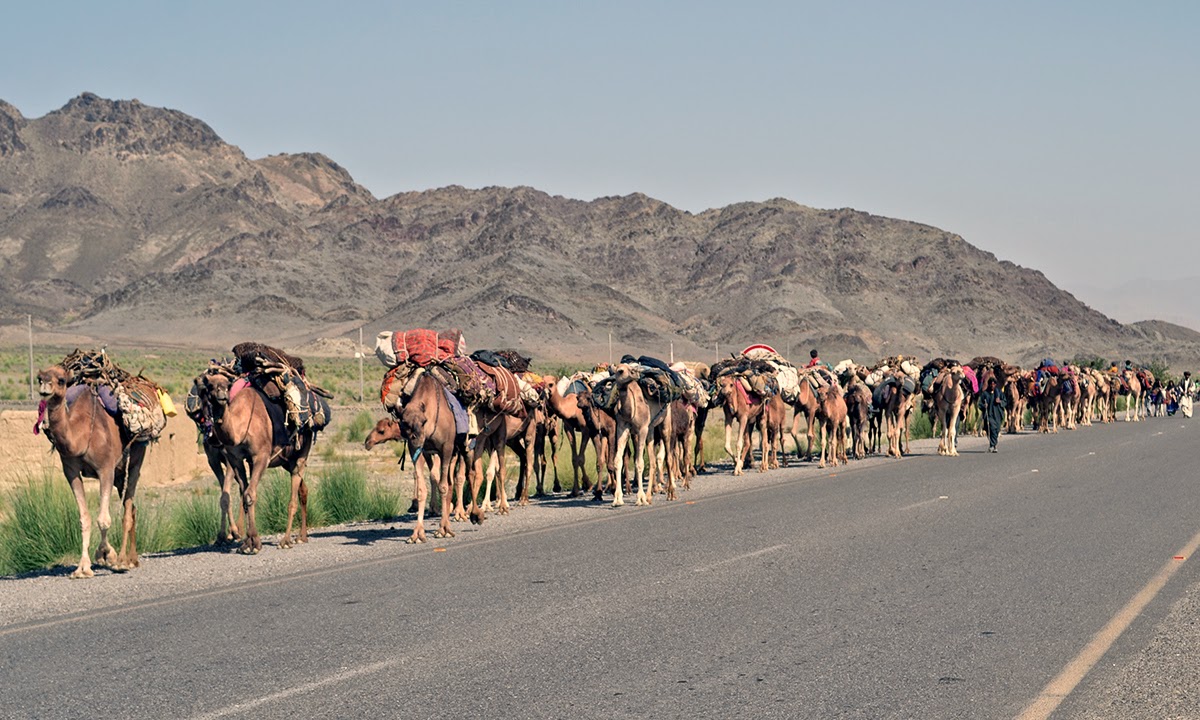 After the crop harvest, during the monsoon rains, the pastoral people move towards high mountains and graze the remote and high peaks of the mountains. This type of movement saves their livestock from foot and mouth disease also. The piedmonts and the plain lands are conserved and nobody is allowed to graze animal there, the conservation is called as Pargorr. The temporary and short settlement in the mountains is called as Gholai. They come down to the plain lands crossing the piedmonts and settle for the period of autumn here. The conservation of plain lands for autumn is called as smaller Pargorr. In winter they travel again to the piedmonts area of the mountains and stay there for longer period. This settlement is known as a permanent settlement and called as Pakha Mena. They spent winter here. The topography of piedmonts saves them from the effect of fast wind in the region.

The pastoral people of all the community’s tribes respect the customary laws. The people of other community can come to graze in the area of some other community, but the willingness of the owner community is necessary. Sometimes outsider tribes come without permission along with their animals and create problems. The elders of the tribes call Jirga and settle the issue. These types of situation usually create when there is dryness in the area of other tribe and nothing available for grazing. Usually, pastoral people help each other and if permission has opted then there is no trouble. But there is one important customary law that there is no restriction for the camel. Camel can be grazed anywhere and any time of the year.

The afghan nomads have no rights of settlement. They can cross the areas and can stay for 3 days in one community area. The nomads also called as Pawinda have their station (Gholai) where they can stay for three days. Each tribe of Pawinda has their own fix route. Sometimes they can stay more than 3 days at one station if there is rain or snow and their tent is wet. According to customary laws, they are bound to abide by the laws, otherwise, the local administration is being involved and they are pushed to move forward. Some communities allow Pawinda for the whole period of winter in specifically reserved areas and charge them according to the number and species of the animal and the charge is called as Tharni.

Every tribe of Pawinda has his own tribe and it is well established. Dotani route is Thoi of Waziristan, but this route is in trouble and the tribe is now passing through Zhob valley. This state of the situation has created problems among the pastoral communities and Pawinda. According to the local customary law, they have no right to pass through this area. Also, Dotani tribe has a very large size of animal flocks and herds.

Suleimankhail tribe crosses the famous Gomal pass and enter in Indus delta near Bhakkar of Punjab province. Safi and Akakhail and part of Jiggie tribe have the route in the Kakar land of Zhob and Qillasaifulla. Shinwari, Andar and Kharoti have the route to pass in the Kakar land of Loralai and Qillasaifulla and reach to Anambar area of Duki Loralai in winter and stay there for whole winter and pay Tharni to Loni tribe. Some clan of Shinwari and Kharoti tribes reach to Kethran area and pay Tharni for winter settlement.