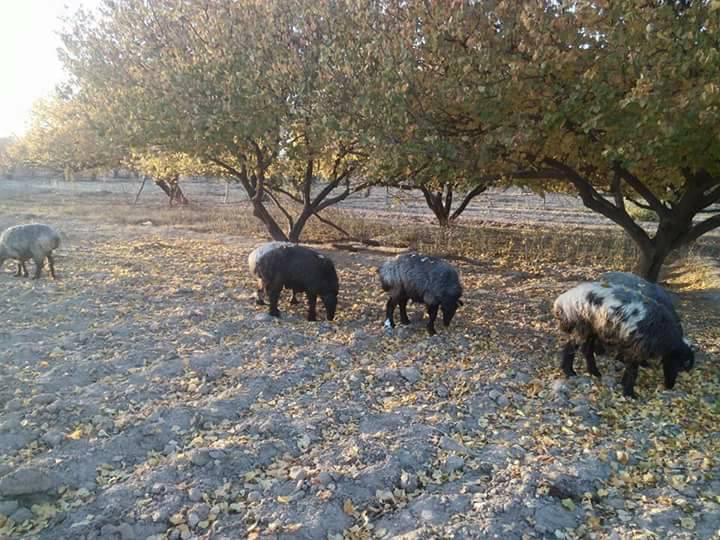 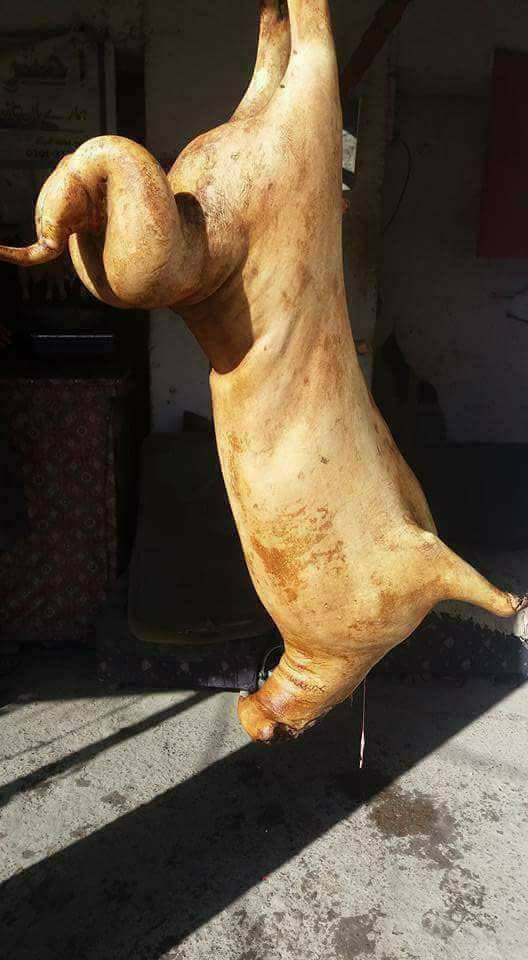 The Pashtuns (also known as Afghan and Pathan) are an ethnic group with populations in Afghanistan and Pakistan. They are generally classified as Eastern Iranian who use Pashto language and follow Pashtunwali, which is a traditional set of ethics guiding individual and communal conduct1. Passing through a transition, Pashtun was a pastoralist community moving with their livestock around the year following clouds and foliage. Still almost half of the population of the Pashtuns are either pastoralist (Afghan Kuchi), agro-pastoralists, or small-scale farmers.

They are inhabitants of the historical land (the Arya Warsha2) of Central Asia fortified with rich livestock keeping culture. They have their own culture/way of wearing, food production, processing & conservation and cooking etc. They are the custodian of nature and traditions of war and peace.

This article is about their unique and special food item, the dry lamb meat; called as Persenda. Sometimes this phenomenon is confused with the Landi (which is actually the process of making Persenda).

Persenda2 is commonly made from the lamb meat but occasionally can be made from beef, camel meat, and even goat meat. Among the sheep’s’ some native breeds are highly preferred than others because of the taste, easy in processing, juiciness, and muscle structure.

The process of Making Persenda

Selection of animal: The animal selected for Persenda meat is called the Landi Mazz. The sheep are usually selected/buy 3-4 months before the slaughtering. Free range grazing in the crops aftermath and additional amount of grains are provided.

1ST Stage of Persenda: In the month of December (dry and cold) the sheep is slaughtered, the wool is plucked by hands, and the viscera’s are removed from the abdomen. The cut of the abdomen is then sewn by a wooden stick from a green tree. The carcass is then signed by the flame of bushes.

Deboning and Salting Stage: Now the carcass is washed outside and inside to remove dirt, blood, ashes etc. The bones of the carcass are removed in a very artistic way that the meat remains in the carcass. Special care is taken not to puncture the skin which can result in drip loss (salt loss) of the carcass. The inside of the carcass is salted and stored in a shady, airy and dry place for 2-4 days. 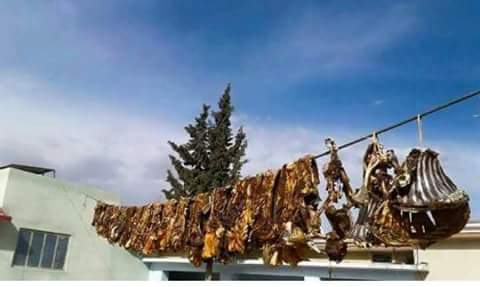 Cutting and Drying: The carcass is now cut into pieces and each piece is pierced by a wooden stick like a barbecue stick but the pieces are quite big. The stick is then hung by a pole in the mid of the house which is called Landi pole. It takes 10-15 days to get completely dry. The pole is protected by thorny bushes to prevent cat etc. from eating Persenda.

Storage of the dry pieces:  The dry pieces are stored in sack /cloth bag usually woven of natural fiber. The bag is then stored in a cold dry room/place. The pieces are taken out according to the need of the family. The Landi is special cuisine and offered to the guests also. Afghan hospitality is very famous and special. 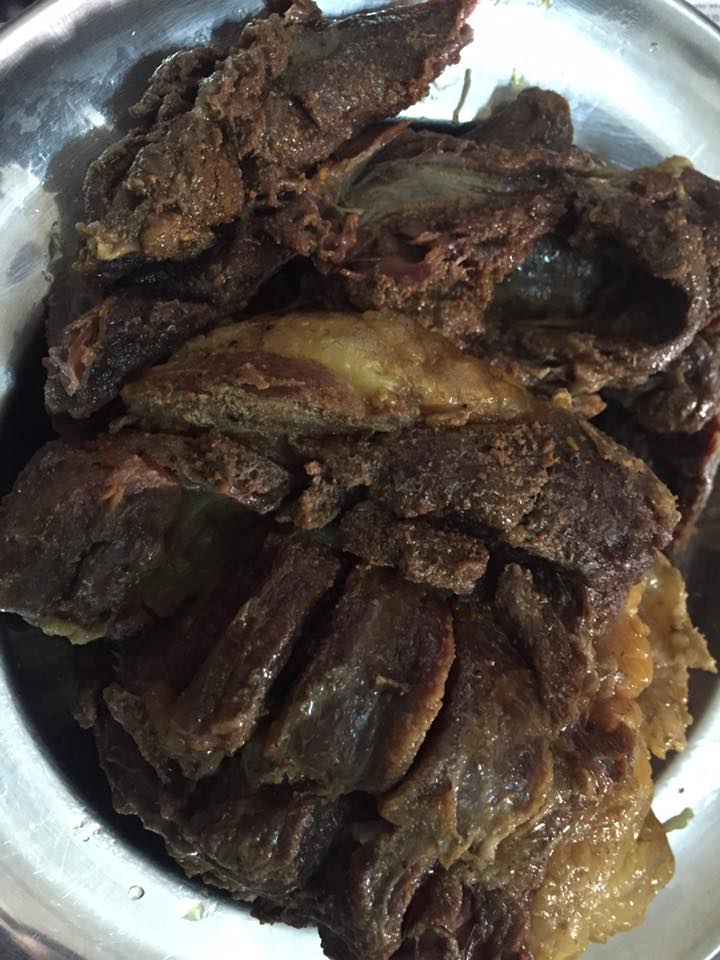 Cuisine and cooking: The cooking method is so simple. Initially, the meat is put in hot water for a while to wash the additional salts used for preservation. Later on, it is cooked in a muddy cooker (Kataw). The meat is boiled in water and some herbs and spices are added. The soap (shorwa) prepared from boiling is used to soak the bread pieces in a bowel. The meat is eaten with bread after eating the shorwa meal.