Isiolo, a provincial town about five hours’ drive north of the capital, Nairobi, has become a real camel hub already. Maalim and around thirty other women now bring about five thousand liters of camel milk daily to a distribution point in the center of the provincial town. The women receive support from the Dutch development organization SNV, which helped them finance a cooling tank. “Thanks to the profits of the camel milk I can send my eight children to school, and one even goes to university,” Maalim says, as she hands in her plastic yellow jerry cans full of camel milk.Kenyans turn to camels to cope with climate change

Currently, the milk is transported in passenger buses. But as the milk frequently gets stolen or goes bad when buses break down, the women are trying to get a loan to buy a cooling truck to transport the milk to Nairobi. “We also have plans to produce yogurt, pack our products and to export to Somalia,” she says and adds that an international airport has recently been opened near Isiolo. “We are facing a bright future – thanks to camel milk.” 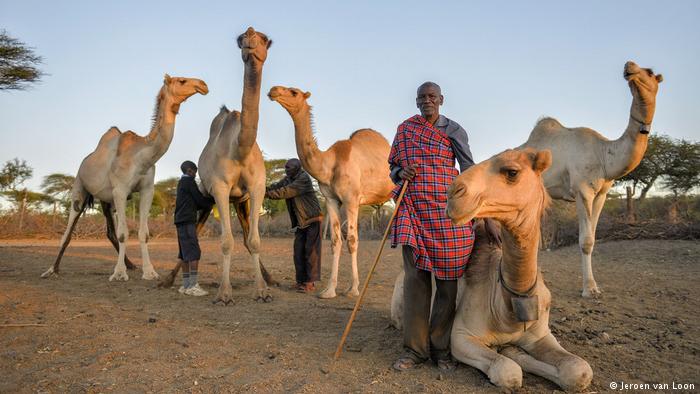 For further reading, please go to the link below;