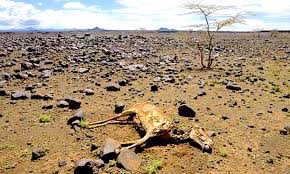 Hot off the press!
A new analysis issued by the United Nations Office for Disaster Risk Reduction (UNISDR) shows that 2015 – the hottest year on record – confirmed that weather and climate-related disasters now dominate disaster trends linked to natural hazards.

The analysis found that 98.6 million people were affected by disasters in 2015, and that climate – often aided by a strong El Niño phenomenon – was a factor in 92 per cent of those events.

Rising sea levels and sea surface temperatures were factors in a very active cyclone season in Asia and the Pacific which saw 37 cyclones and typhoons. Globally, there were:

Read The press release  , have a look into the infographics on disaster trends  .The latest report, The Human Cost of Weather Related Disasters demonstrates that :

Reducing the size of drought-vulnerable populations should be a global priority over the next decade; better accounting systems for indirect deaths from drought are also required; these should be linked to early warning systems and response mechanisms in order to monitor the impacts of drought more comprehensively. Learn more from the International Disaster Database EM DAT