Abstract
Camel is a precious animal genetic resource of drylands and harsh ecosystems of the globe. The camel is highly adapted to the difficult and hostile environment of its habitat. It also produces precious products, especially milk in a very low or even zero input production system. Such ecosystems and low input production model are highly hostile to other domestic animals and difficult for survival, especially the exotic breeds.
Camel has a unique physiology enabling it to survive in such hostile conditions. Feed and water scarcity is the salient feature of the regional ecosystems, minimizing our choices for other livestock production. Such conditions enforce us to work on a camel and transform it into a good farm machine rather a beast of burden. We have rare opportunities and camel is the best choice to use as a tool to beat food security challenge in the climate change scenario. Camel! A One in All Creatures The production traits are highly variable, especially milk production which ranges from 4 to 40 kg/day. The camel products – especially the milk – are unique and of high quality. The camel milk is now well accepted for its worth at international levels. Many efforts are underway to promote camel milk. Camel dairying is getting popularity and its products are highly demanded health and wellbeing.
More than 90% of the camel in the region are kept and reared by the pastoral communities. The production system is based on open grazing and mobile herding. Pastoral peoples and other camel keepers carry the entire burden of preserving the camel for the future. They face severe difficulties due to climate change, feed and water scarcity, restriction to grazing lands, faulty livestock policies and other man-made consequences. The number of camels is declining and camel breeds are at risk of extinction, especially in this region. Scientific work on the camel is often not connected to and relevant for the camel keepers.
However, every cloud has a silver lining. The regional (Pakistan, Iran, and Afghanistan) camel community (scientists, breeders, and policymakers) can work for joint projects. Camel association can be organized at national levels in each country and can fabricate a regional cooperation for camel development. Camel friends need to work together and share ideas and support each other. The message about the diversity and capacity of the camel can then reach the policymakers.
As a first attempt, a review committee to review camel productions and possibilities for future development is urgent and requires pooling of available data on the camel in a systematic and uniform manner. Such committee can work on the compilation of the work done already and can give the idea for future research and development on a camel.
Keywords: future, global, joint, policy, review, camel

The camel is a  food Security Animal in Climate Change Scenario

Camel is well in position to beat the challenge of food security in the climate change context. Camel produces milk and meat for human consumption. Camel meat is praised for its good quality, especially if it is derived from the calf. The major meat contents i.e. moisture, protein, fat, and ash are reported as 71, 21.4, 4.4 and 1.1% respectively (Kadim and Mahgoub, 2006). Camels are good potential meat producers especially in arid regions where other meat-producing animals do not thrive. Camel meat, especially from young animals, contains low fat with low cholesterol as well as being a good source of amino acids and minerals.

Many factors drive the slaughtering rate of the camel. Though camel meat is preferred in some countries, but not often slaughtered due to high prices and slow herd growth rate. Camel is mainly slaughtered on special occasions, like festival, wedding, mourning, physical damage to the animal, for preying and the arrival of guests (Mehari et al, 2007). But in recent times, the camel meat is attracted many people in the Middle East and the number of camel slaughtering is increasing. Such trend resulting in camel decline in the horn of Africa and Sub-continent.

Camel milk is the major and special product for human consumption. Camel was originally domesticated for milk following the move to use as a beast of a burden, especially for armies. (Raziq et al, 2008). Camel is no more the animal of the old world, but an animal which may be used to combat the growing desertification and to feed millions of people living in those areas. The camel produces in harsh and hostile conditions where another animal may not survive. A camel can provide 15-20 liters of milk per day for a lactation period of up to 18 months, making it a very good farm animal. Studies conducted in the horn of Africa revealed that the camel produced more milk than the other types of tropical animals compared on the basis of kg/TLU/year (Schwartz and Dioli, 1992).
Globally camel produces about 2 % of the world total milk and that milk is mostly produced by pastoral people and consumed locally (Raziq et al, 2008). The camel sustains its productivity in difficult conditions and comparatively lesser affected by the adverse factors like lack of feed, water, season and length of lactation (Raziq et al, 2011). 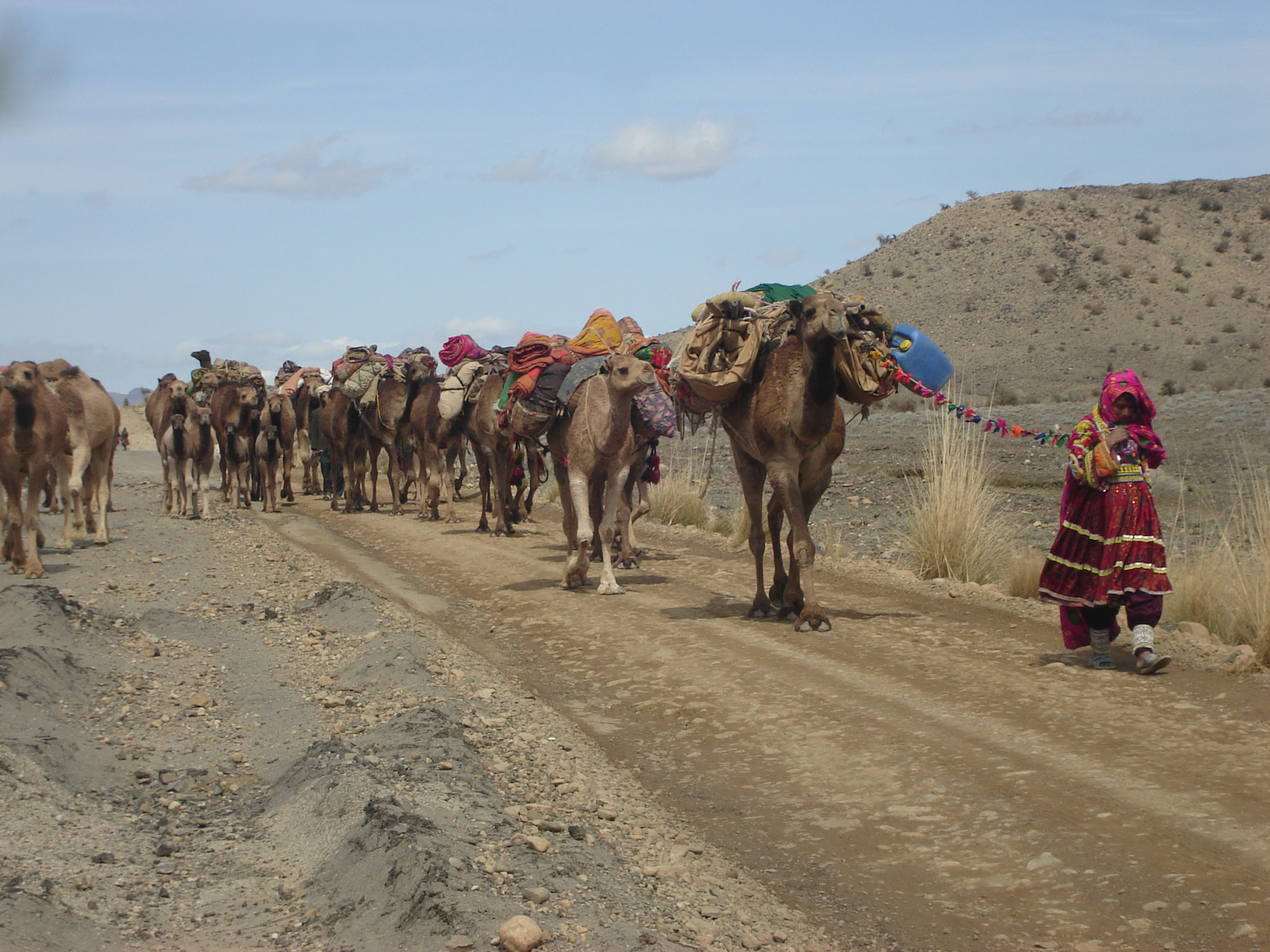 Production, pastoralism, and conservation
Camel production is still switched to nomadic and semi-nomadic people. Camel plays the role as the tool of survival in arid and semi-arid lands of the earth. Camel is crucial for the livelihood earning of such communities and ensure their food security. As a consequence of the climate change and drought, some cattle pastoralists substituted cattle with the camel to ensure the existence of the drought conditions. A new phenomenon of camel dairying is getting popularity and increases, though the growth is not appealing yet. The efforts of last decade like that in Mauritania (Tvisky), Kenya, India, and the UAE (Alain Dairy and Camelicious) are now following the newly camel dairying, especially in the Middle East.
Pastoralism safeguards conservation and development (evolution) of camel genetic resources in the world. The pastoral people developed and evolved specialized breeds of livestock for food and agriculture and camel is the one among them. Camel herders evolved the present day’s breed with the continuous selection for fitness and survival traits with the help of their indigenous knowledge in the long run of history. Such efforts resulted in the well-adapted genetic resources for food and agriculture, which can survive in harsh and hostile conditions (Köhler-Rollefson, 2005). Hence efforts for conservation and sustainable use of camel, the role of pastoral people cannot be neglected. 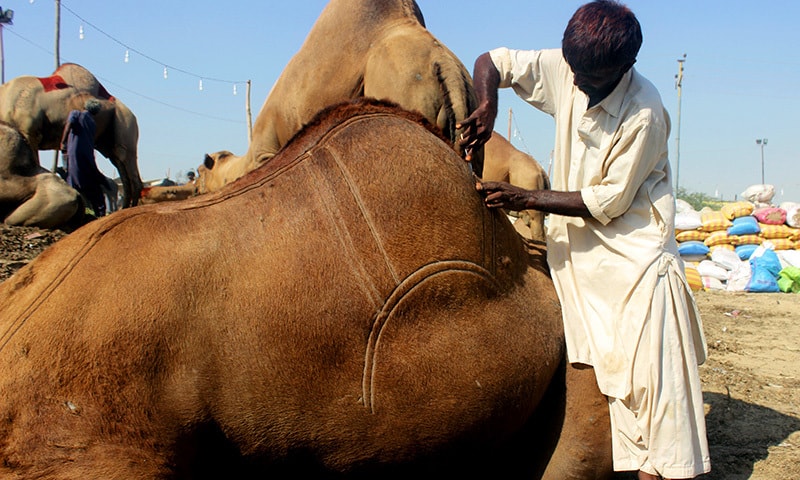 Regional cooperation
Camel can be the solution for many difficult questions, i.e. climate change, drought and food security, especially for the region like ours. Pakistan, Iran, and Afghanistan are under the severe threat of many challenges like water and feed scarcity, climate calamities, deforestation etc. In such conditions, the importance of well-adapted livestock species like camel increases manifolds. Unfortunately, camel erosion is a challenge in the region. There are many reasons for this decline, all are manmade. Camel is being neglected in research and development sectors of the region and no integrated efforts had been made to address camel issues. The camel conference of Mashhad can be a milestone for a regional cooperation and development of camel R&D in the region. As a beginning, universities, research institutions, and breeders communities can initiate camel cooperation which can proceed at ministries levels in the days coming.
A committee of scientists can be organized here at the end of the conference to make a comprehensive report on the present situation of the camel in the region, i.e. population, breeds, trends, communities, utilities etc and also to review the research work already performed and published. The committee will point out the gaps in the research area and will suggest research work to the universities and institutions. The committee can collaborate with the international camelid organization, especially ISOCARD to ease its work and broaden the horizon of camel research and development.
We have announced an international camel conference in Pakistan next year under the patronage of the camel association of Pakistan (CAP). The committee may have a meeting at such occasion and can discuss its progress and future plans. 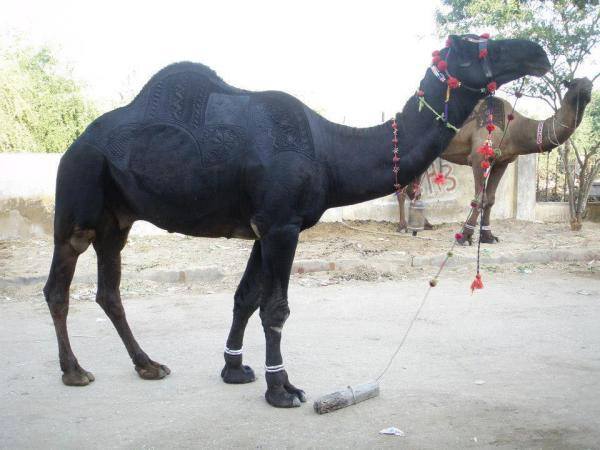 Conclusion
Camel can be a tool to combat desertification and to fight the calamities of climate change. Camel ensures food security in the arid ecosystems of our region. Unfortunately, camel is under threat and still neglected among the R & D sector of our national governments. A regional cooperation and coordination can be a silver lining in the cloud. Cooperation among the universities, camel herders, pastoralists and other stakeholders can bring cool breeze in the camel world of the region.

1 thought on “REGIONAL COOPERATION! An Approach for Camel Advocacy”