In continuation of the previous post, I start here with the camel. I shall discuss each breed of Balochistan in details with the perspectives of the livestock keepers.

Introduction to Camels in Balochistan

Camel is the precious and important animal of the province. Camel is the most well-adapted livestock species, survives and produces in climatic extremes and is well appreciated for its’ significance in the pastoral economy of the province. The camel being an important livestock species uniquely adapted to hot and arid environments, like in Balochistan, and therefore contributes significantly to the food security of the nomadic pastoral households. No doubt the automobile and machine transportation decreased its draught role, but it is still an important food animal and indigenous animal genetic resource. Camel is a hardy animal and has proved his worth in the long prevailing droughts in Balochistan, remained almost for 10 years (1994-2004). The Drought Relief Commissioner’s data and other reports indicated that the drought has caused great damage to livestock sector but a lesser number of camels was affected as compared 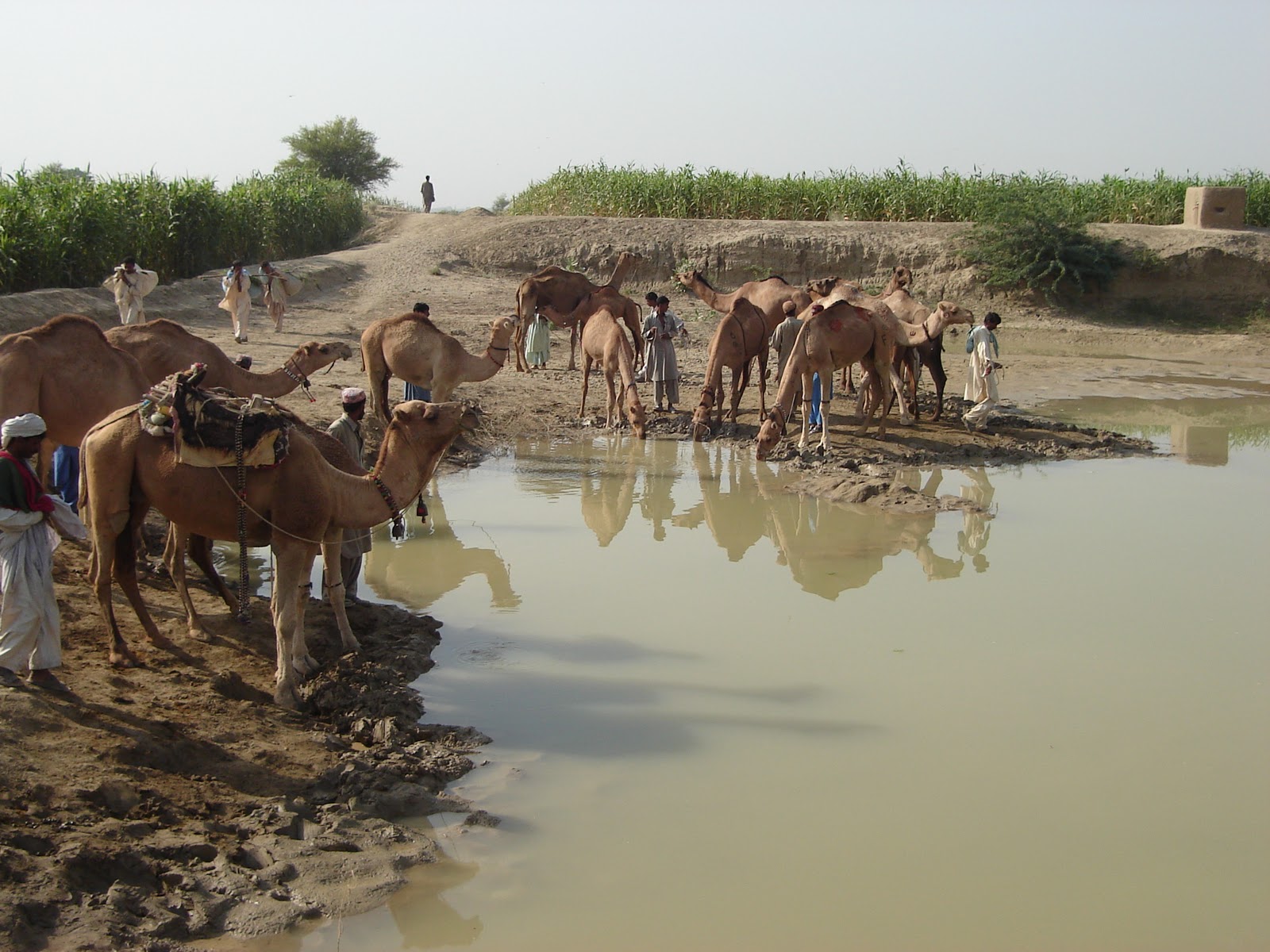 to other livestock species proportionally. But unfortunately, less attention has been given to camel improvements for many years when planning national development. The breeds of the camel will be discussed in the ensuing paragraphs. There are 6 camel breeds in the province, most of them were never characterized, documented, or discussed in the grey record of the country.

The Brahvi camel is well adapted to the arid, cold and mountainous ecology of central Brahvi highlands (CBH) of the province (Figure). Some herds of this breed may also found in northern parts of Sind province. Brahvi camel herders also migrate to the Kachhi basin region of the province in winter. So, the breed is also found in that area in winter. The main production system of Brahvi breed is transhumant, the system in which the pastoral people move with their livestock according to the agriculture operations and foliage availability.  Some of the camel herders of the region move with their camel on fix routes and fix the time of the year. Such system is nomadic, the pastoral people of this production system reach to the north part of Sindh province and some to the Kachhi basin in winter.  Very rare camel herders practice the sedentary way of production. Only male camels for work are reared in a sedentary way.

Brahvi camel is important for the socio-economic life of the herders of central Brahvi highlands.  It provides draught power for family shifting, agriculture operations, and other uses.  Though Brahvi camel produces a lesser amount of milk compared to other breeds of the province but still provide milk for family use in a dry period when the vegetation is not available and goat and sheep milk ceased. The wool is use for making rugs and tents. Usually, the herders do not slaughter the camel but only sick and injured one.  The camel catches high prices because of the smuggling to Iran but this sort of business is also a threat to the camel because of the slaughter of female fertile animals.

The population size of the camel ranges from 5,000 to 7,000. The number of this breed is going downward. The main threats to the breed are the removal of vegetation cover, change in agronomic practices, social changes and illegal smuggling to Iran.

The major breeding goal of the Brahvi camel herders is to produce camel with good bagging and packing ability and adapted to the cold mountainous ecology of its habitat. The male is selected for breeding and the one with coarse and dense wooly coat, deep brown darkish color and wide chest is always preferred. The male with the vigorous body, round hard foot and wide cannon bone is the choice of the breeders.

The major special traits the breeders know are as following

v  Well adaptation to the arid and cold environment.

v  Good in learning commands of the owner (Dlair)

Brahvi camel is smaller in size with comparatively shorter legs but has wide chest making it suitable animal for work in mountains. The Brahvi camel has a great density of long woolly coat which is so dense that it is difficult to pass a finger through it. The hind quarter is massive and strong. The body color is dark to fawn. But grey color with some specimen of white color is also found.  The salient body measurements are given in a table.

Table  Reproductive and productive Traits of the Brahvi breed

The maturity in male and female is 4 and 3 years respectively. One bull camel is sufficient to breed 50 cow camels. The service period is 6 days and estrus cycle ranging from 1-4 weeks. The conceived she-camel changes her behavior on the 6th day of service and shows a different behavior as erecting her tail when an animal or a person come near to her. Calving interval is normally two years, depending upon the availability of foliage and lactation length. Average reproductive life of a female is about 20 years. Conception rate of the camel is higher with appreciable calving percentage and rare abortion. The salient features of the breed area given in table 4.

In the present marketing scenario, the camel is mostly shifted to Iran by the illegal mean. The camel catches high prices there and the meat is highly preferred over there. As the camel produce a lesser amount of milk, hence not fit for future milk industry. The future of the camel is very bright for its delicious juicy meat.

While working with the Majaheem camels in UAE, I have a strong view that Brohi camel is the offshoot of Majaheem breed of camel. Majahem breed is found in KSA and is very good for milk though the animal is comparatively harsher in behavior.

4 thoughts on “Camel and camel breeds of Balochistan”